0:00 Opening instructions from attorney and interpreter

“It’s like telling us we didn’t see the knee on George Floyd’s neck. We saw it. We understand this.” –Mrs. Mary Curry

45:50 Debbie Darden “That package does not need to be unwrapped.”

52:45 attorney spin – this meeting was for the applicants to reach out for more comments

54:06 Bob Mitchell – staff was directed to do additional work 54:55 Will Tackett, City of Fresno

“I feel this is very disrespectful. To overturn what we worked so hard for,” said Kimberly McCoy, project director at Fresno Building Healthy Communities, of the Southwest Specific Plan.

Completed after two years and countless hours of community input, the plan was unanimously approved by the City Council in December 2017 with the aim of ending Fresno’s decades of placing major polluters next to homes in the city’s historically redlined neighborhoods west of Highway 99 by stopping all further industrial growth. Existing businesses were grandfathered in, but not their industrial zoning.

“If you know anything about our community at all, you know the hazardous conditions that our residents must live under because of the inappropriate planning for our community,” longtime advocate Bob Mitchell said to the commission.

Now Perea says he wants to take his clients’ zoning back to where they were “20 years ago”—when he was on the City Council and the Redevelopment Agency—so that they can remodel without environmental review or be subject to the new, more health-protective limitations implemented four years ago.

[This article first appeared in the August 2020 issue of Community Alliance.]

(Editor’s note: As of our deadline, the Fresno Police Reform Commission was next scheduled to meet on August 10.)

Like it or not, Fresno is about to take a deep dive into community policing. Count among those who don’t like it the Fresno Police Officers Association (FPOA) and a bevy of right-wing interests. Their tactics include a smear campaign against one advocate, legal objections to necessary information requests, accusations of conflicts of interest and—as usual—playing the race card.

The union is furiously working both sides of the political aisle to block any change, and the FPOA president is said to have been caught on video, no surprise, in a recent public meeting displaying scorn and disrespectful behavior toward advocates.

END_OF_DOCUMENT_TOKEN_TO_BE_REPLACED

If you recently found yourself searching in vain for N95 masks, you’ve been ignoring health science. Not by looking for a mask, but by not having one already.

Whether it’s our cold, winter air choked with fireplace soot, diesel exhaust, and dairy ammonia or a summertime blanket of wildfire smoke filling our lungs, the warnings to wear these masks are by now familiar. Hardware stores normally have them in stock, as should every home, alongside smoke detectors and fire extinguishers.

But many ignore the warnings or discount science-driven responses as too costly and downplay the risks to themselves and others.

Sound familiar? It should. President Trump delayed for eight weeks before reacting to the pandemic. The San Joaquin Valley Air Pollution Control District is approaching 30 years of having failed to clean our air. The Fresno County Board of Supervisors voted unanimously in mid-March to not issue a shelter-in-place directive, as did the City of Clovis.

Raging along this continuum of denial and delay — in order of life-threatening immediacy — are the novel coronavirus pandemic, air and water pollution, and climate change. Stacked like crushing weights on the chest of an asthma victim, air pollution alone ensures early deaths for thousands of valley residents in a “normal” year. END_OF_DOCUMENT_TOKEN_TO_BE_REPLACED 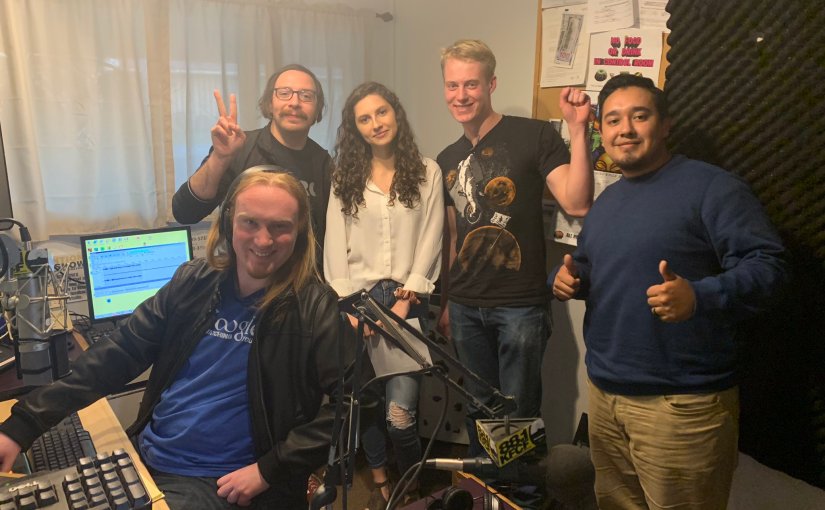 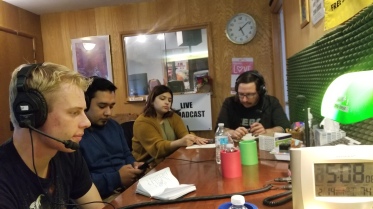 (Published in the February 2020 issue of Community Alliance) 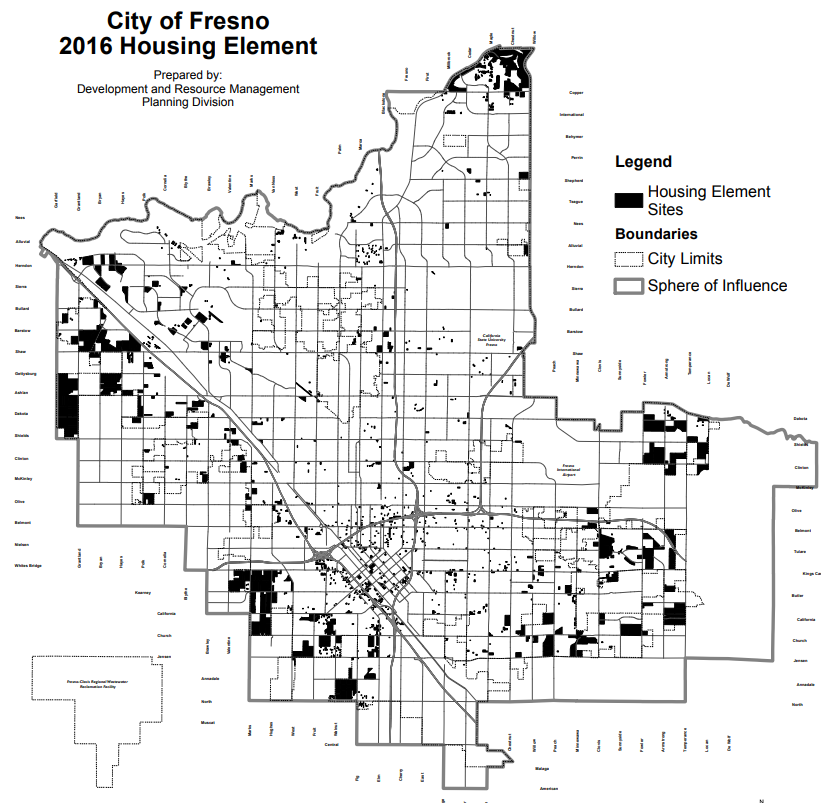 Public prosecutor Janz is assumed to be running a close second in the race for Fresno mayor against the city’s just-retired police chief, reported rapist Jerry Dyer, a Trump-Republican. Four other candidates, including Rev. Floyd Harris and Nikolas Wildstar, have filed but report no funds raised.

In a big break with fellow Democrats, Janz is refusing campaign contributions from developers. In a city infamous for its sprawl and corrupt political climate, that’s akin to a candidate for state or federal office saying no to oil and methane lucre (ask a Perea).

Local developers really don’t like it when people won’t take their money and implicitly agree to furthering their agenda. Janz is signalling it won’t be business as usual at city hall in his administration. If he wins the office without having sought their support, he certainly won’t feel obligated to them, unlike the current mayor and council members. END_OF_DOCUMENT_TOKEN_TO_BE_REPLACED

With so many flaws in this analysis of Fresno politics (full article below), what really stands out in the superficial “Brown Wave” theme is the writer’s unproven contention that we’ve turned a corner thanks to the city council once again having a majority of Latino members.

He relies on the stereotype of all Latino Dems as progressive, despite this being a group of three moderates and the Republican-in-all-but-registration, Luis Chavez, the DINO who has endorsed Fresno County Sheriff Margaret Mims for reelection despite her enthusiastic support for Donald Trump. He also backed Tea Party extremist Steve Brandau for Fresno County Supervisor.

Joe Mathews’ writing on the central San Joaquin Valley last caught my eye with an opinion piece from February 2018 in which he extolled the virtues of Fresno-Madera-Clovis menage-de-sprawl. He suggested naming the leapfrog developments across the river up Fwy. 41 “Future Town.” Seriously. END_OF_DOCUMENT_TOKEN_TO_BE_REPLACED

(This is the script of the opening segment for the Jan. 10, 2020 broadcast of Climate Politics. The shows airs on KFCF 88.1 FM from 5-6 pm on the second and fourth Fridays of each month. Hosted by Kevin Hall, the show’s premise is that to respond to climate change, our political climate must change, too. The entire broadcast includes interviews with Kathryn Phillips of Sierra Club California regarding the state’s Green New Deal and Fresno activists Dee Barnes and Mike Rhodes on efforts to block former police chief Jerry Dyer from becoming mayor.) 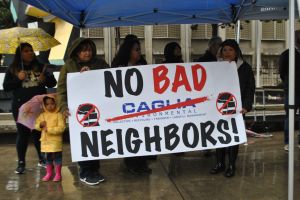 Welcome to Climate Politics. Today’s show is a mix of the good, the bad, and the ugly. We’ll be doing a deep dive into a bad candidate for Fresno mayor, but before that we get to hear some very good news from Sacramento. The ugly, of course, comes in the form of grim climate news from around the world and another round of scientific studies warning of our rapidly destabilizing atmosphere and the collapse of the ecosystems on which all life depends.

This is no time for the politics of old. We need to be drawing bright lines — right now — between progressive politicians who understand the climate-crisis timeline, and their status quo counterparts. This election is the most important in world history. We must succeed, over the next five years, at laying down the massive policy changes needed to reverse our suicidal course. END_OF_DOCUMENT_TOKEN_TO_BE_REPLACED

When Gov. Gavin Newsom delivered his keynote speech at the recent California Economic Summit in Fresno, he failed to say two keywords: climate change. Conversely, he said a lot about our economy while at a climate change summit held in New York just weeks earlier:

“The [California] economy is growing; a fully functioning cap-and-trade program; the most audacious low-carbon green growth goals in the United States of America. There’s nothing left for me to sign — it’s 100 percent across the board, in every category,” he boasted at Climate Week NYC held in support of the U.N. Climate Action Summit in late September.

Speaking on the eve of wildfire season, Newsom seemed to be tempting fate itself. Conflagrations were soon exploding around the state as if an invading armada were shelling it: Sandalwood, Caples, Saddleridge, Kincade, Tick, Getty, Easy. People fled for their lives — some died — in war zones of flame, smoke, sirens, panic and confusion.

And if Newsom needed another call to arms, two days before the first wildfire hit, San Francisco-based nonprofit think tank Next 10 issued its 11th annual California Green Innovation Index. The report warns, “California will meet its 2030 climate targets more than three decades late — 2061… if the average rate of emissions reductions from the past year holds steady.”

But California and the world must cut emissions by half before 2030. If not, tipping points will be crossed that set in motion irreversible, ever-increasing releases of naturally stored carbon and methane, according to the October U.N.October U.N. report on a 1.5 C increase in global average temperature.

Yet there stood Newsom in Fresno on Nov. 8, one year after the Camp Fire, the deadliest, most destructive fire in state history with at least 85 victims, talking about the state’s economy without once mentioning climate change.

When pressed by The Bee and KFCF radio afterwards, Newsom explained California is now in the implementation phase of its climate change response, echoing his New York remarks.

California’s cap-and-trade program, dominated by oil and gas interests, encompasses 450 businesses emitting 85% of the state’s greenhouse gases and along with two Canadian provinces comprises the world’s fourth largest exchange for carbon credits. Since 2013 it has generated $11.9 billion for reduction efforts.

Another $2.2 billion has gone toward low carbon transportation. Primarily for alternative fuel programs, these largely serve to extend dependence on fossil fuels and combustion technologies. For example, more than $800 million is slated for a dairy methane program best described as the HSR of agriculture: it offers dubious benefits but negatively impacts vulnerable rural communities, according to an April working paper from Fresno-based Leadership Counsel for Justice and Accountability.

Finally, in late September the state Air Resources Board approved the California Tropical Forest Standard, a potential carbon credit source for fossil fuel companies, over the objections of indigenous opponents from around the world who decried the move as “carbon colonization” of their natural resources.

Newsom must address these policies’ shortcomings head on. Because, as the Next 10 report lays bare, cap-and-trade and other market-based solutions won’t work in time. They have not worked in time.

Unfortunately, Newsom and the rest of his generation now in power came of age in an era of market-as-solution, government-as-problem philosophy. Since the 1980s, most California politicians have drunk deeply from that Reagan-with-a-twist-of-Clinton policy cocktail; with it comes considerable financial backing from industry, particularly oil and gas extractors.

The urgent response appropriate to the scale of our climate emergency will remain out of reach unless Newsom and the state Legislature change direction dramatically. To push them, youth climate strikes will be held on Black Friday. People of all ages will challenge the status quo, fighting against its genocidal outcomes.

Kevin Hall is a Fresno resident and graduate of Fresno State. He formerly reported on farm issues for trade publications and is now an air-quality activist.

END_OF_DOCUMENT_TOKEN_TO_BE_REPLACED

Governor Gavin Newsom will speak to hundreds of people from around the valley and state Friday morning at the California Economic Summit about our future prospects, but not a single session at the summit is dedicated to the issue of climate change.

“The failure of the governor and other officials to highlight climate change as the central concern of long-term economic planning is a failure of leadership,” said Kevin Hall, organizer of Valley Climate Activists. “Climate change and the state’s climate change spending are having profound negative impacts on our economy and health now.”

END_OF_DOCUMENT_TOKEN_TO_BE_REPLACED 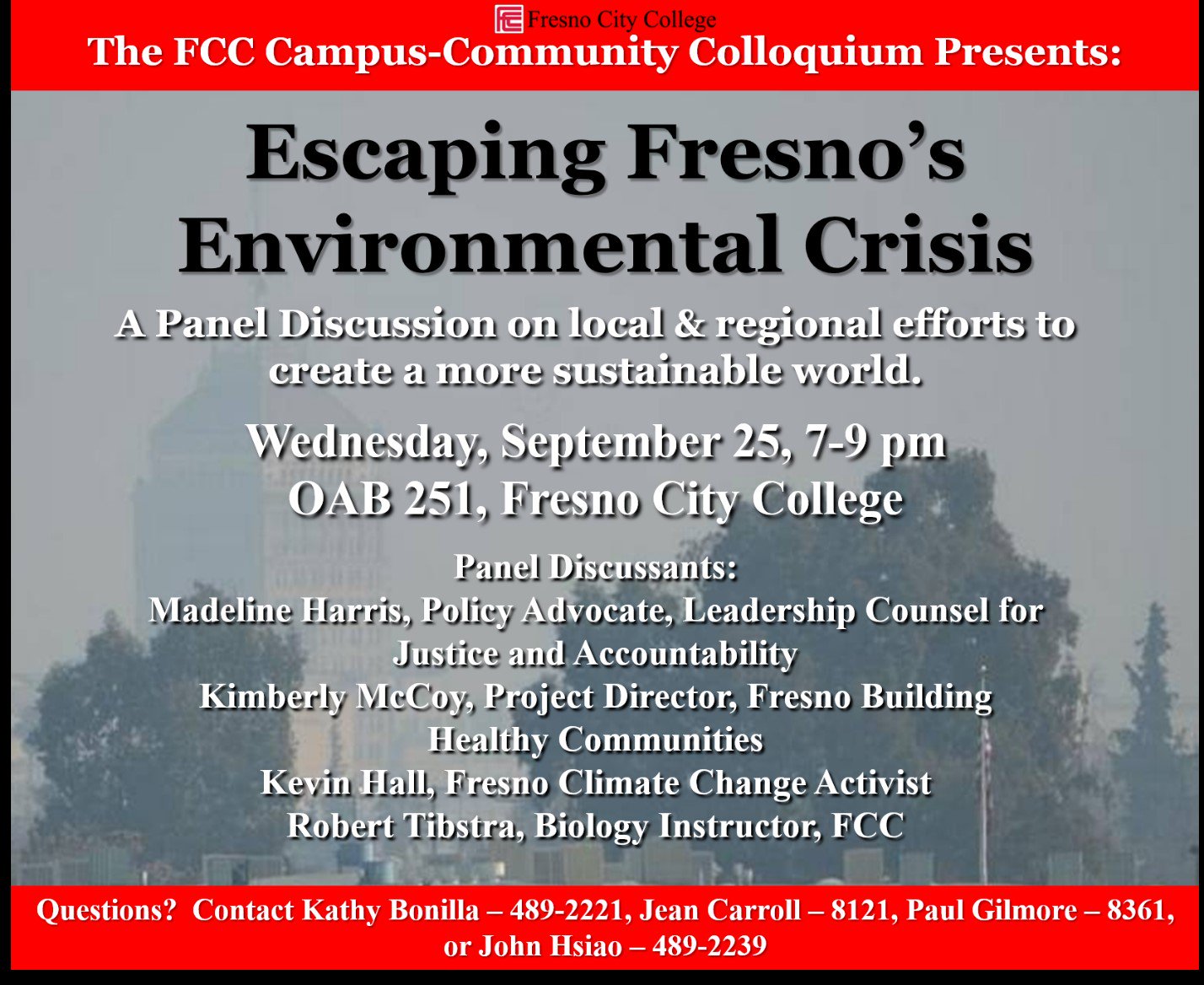