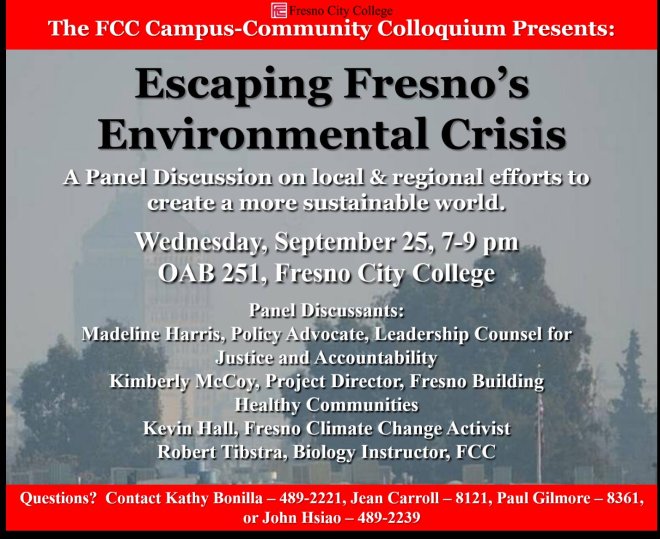 Regardless of the source, the profundity of climate scientists’ latest warnings, once fully absorbed, causes a stressful mix of emotions

I know those feelings. Twenty years ago Bill McKibben and Ross Gelbspan permanently shattered my comfort zone with their books “Maybe One: A Case for Smaller Families” and “The Heat Is On: The Climate Crisis, The Cover Up, The Prescription,” respectively.

Environmentalist McKibben, founder of 350.org, laid out the science of the crisis, and investigative reporter Gelbspan, a Pulitzer Prize winner, revealed the dirty politics. Both based their books on Dr. James Hansen’s 1988 findings at NASA and that of thousands of scientists worldwide, all of which were being maligned by fossil fuel executives, lobbyists and PR firms.

The realization that to this day — three decades later — people continue to cash in on fossil fuels while blocking urgently needed reforms only compounds what some mental health experts are now calling climate anxiety, distress,or grief.

A new generation of authors and reporters covering the crisis has alarmed many, but coverage of the October 2018 United Nations report on the threats posed by a 1.5 C increase in global average temperature hits people the hardest.

The report lays out in stark terms the tipping points in our environment that, once crossed, cannot be untipped. These are irreversible chain reactions that lead to ever-accelerating extreme weather events and deteriorating living conditions.

This means re-powering our entire civilization through a global mobilization on the scale of all countries in both world wars, the Great Depression-ending New Deal, the Manhattan Project, and the Apollo program combined. And rather than having a century, we have a decade.

It’s time to talk seriously about this crisis with everyone who isn’t afraid to face the truth. I rarely bother with the small minority who regard climate science as antithetical to their belief system. There are many more who will “unite behind the science,” as 16-year-old Swedish activist Greta Thuneberg is calling on humanity to do.

While the science upsets people, even those who already know it, the Green New Deal offers real hope through massive public works programs to manufacture, install, and operate clean technologies.

Finally, my prescription for climate anxiety is direct action.

Currently, volunteering for a candidate for federal office is the most important step anyone can take. Many also join pressure campaigns such as Sunrise Movement and Extinction Rebellion. Others engage on policy such as 350.org’s fossil fuel divestment push or Clean Power Exchange’s local effort on renewable energy. What matters most is that people engage.

My anxiety renewed by the October U.N. report, I’ve returned to giving public presentations. Drawing on my decades as an activist and organizer, I focus on how to talk about the crisis and help develop effective responses.

But I start by asking people if they understand the ramifications of the report and its recommendations. About 1% do.

And there’s the paradox. Nearly three-fourths of us feel the threat of climate change, yet only one in a hundred has heard the latest science or knows the deadlines.

There is also a great deal of work to be done here, based on The Bee’s recent interviews with candidates for Fresno City Council District 2.

The six men were asked their positions on air pollution and climate change. Two provided thoughtful, accurate answers while the others came across as uninformed at best and, at times, derisive.

Such levels of ignorance are not confined to politicians, but they matter most. Because the needed laws and regulations must be enacted immediately if we hope to meet those deadlines.

From city hall to the White House, this is our last crop of politicians who have the chance — the responsibility — to address this existential threat, and we are the generation who must see that they do.

Kevin Hall is a Fresno resident and graduate of Fresno State. He formerly reported on farm issues for trade publications and is now an air-quality activist.